The flag as a decoration

Flag has been used on the battlefields for the identification and signalling since its birth.

Each battle has its end. The winner was appreciated by the triumphal returning back to home. People victoriously decorated streets with flags in their cities and welcome their heroes. These special greetings and massive celebrations with bunting have been used until now and it appreciates victorious sportsman who fight for themselves, their teams, their mother country and us. People need the heroes for their lives in order not to be afraid but they have to be proud and bravely fight in everyday battles. Victorious days and heroes are not still enough and nobody knows when the other will be added. These days got the highest value by people and they legitimated them as Admission days because of their highest regard. During Admission days is estimated by the law to raise and to hoist the State flag. Bunting and decorations have special effect on people because they wake their memories, strong emotions and they free positive energy. This is the reason why are the flag used for the decoration during different actions, events or only for the decoration of the surrounding and living. 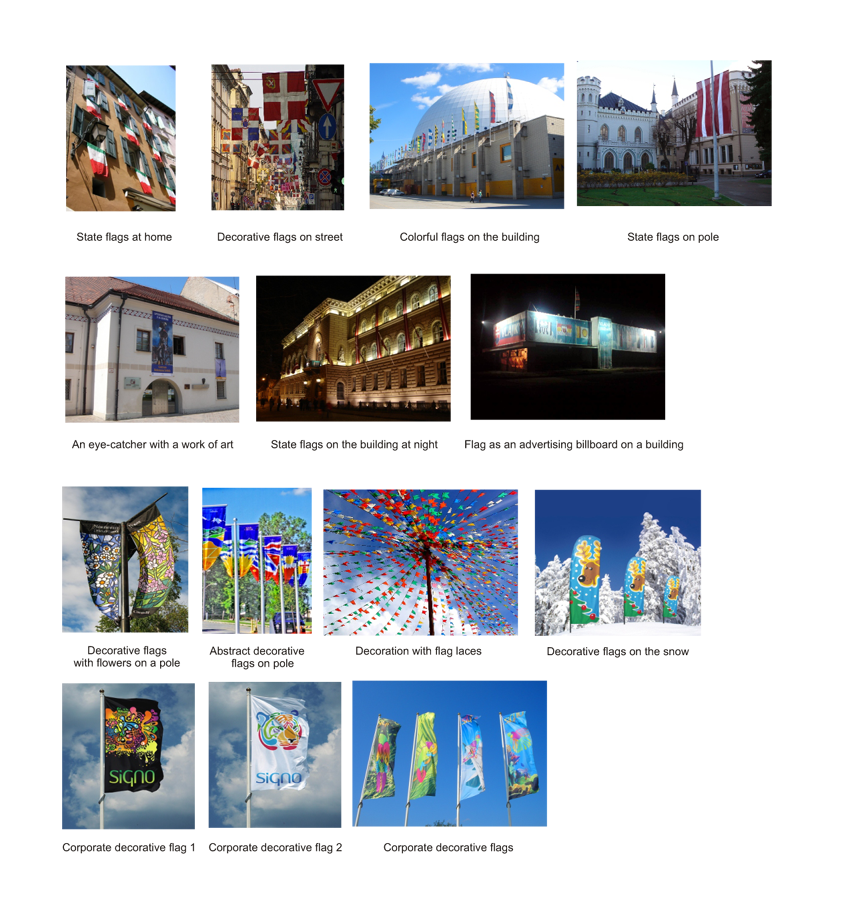